The grand plan is to make this as customizable as possible for non-techs so that this dashboard can easily plug into local health information systems. 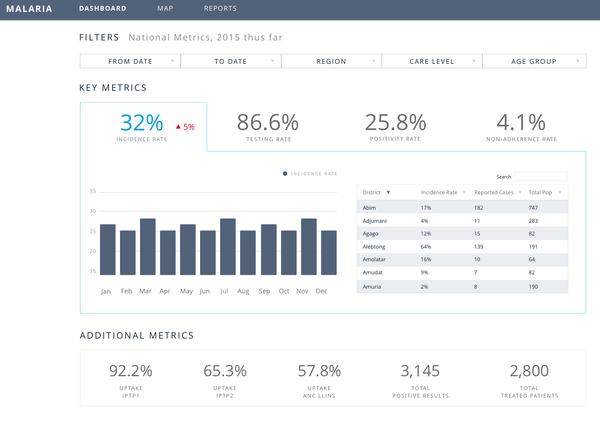 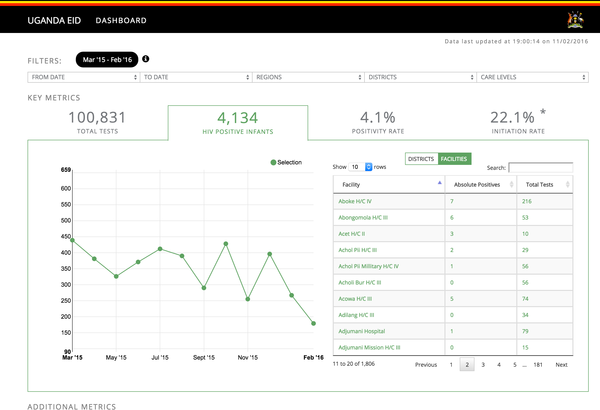 The original for early-infant diagnosis of HIV 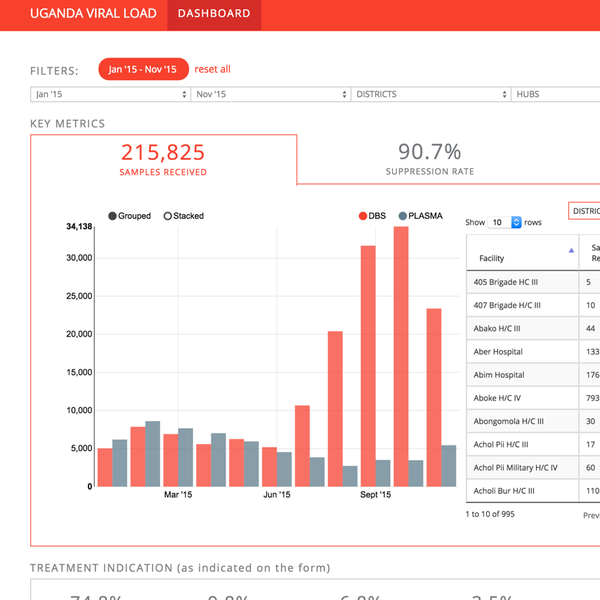 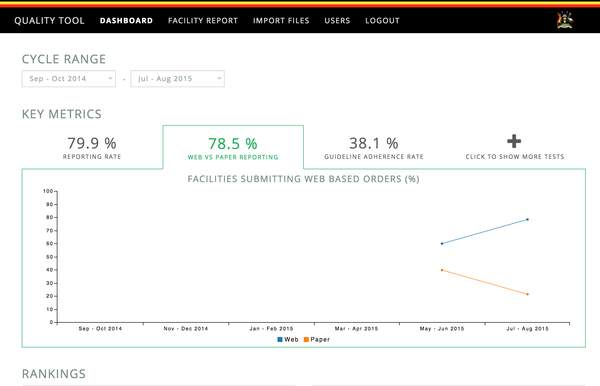 
DHIS2 stores health data in most countries, but it’s (justifiably) only accessible to a select few organizations. In Uganda, a government agency makes it difficult to access this data without a lengthy approval process. 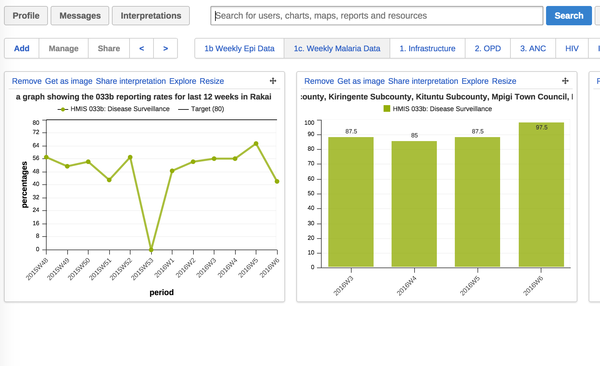 
I first sat with my public health gurus / coworkers at the Clinton Health Access Initiative and asked (ish) the following questions:

* Who do you think the key users are?
* What data will be the most actionable for them on a daily/ weekly/ monthly basis?
* Do we have approval to display certain data?
* Are there any tradeoffs to showing data at a granular level? (for example, down to the health facility level)
* How do you think the key users prefer to consume this data?
* What are the most annoying parts about the way the data is disseminated and displayed now?

I then had the same conversation with other teams and started to see some similarities. Amongst them:

* Each team had 3-4 key indicators they like to display
* Most teams want to filter by date and location, and also have 1-2 other important filters
* Trends (ex. to indicate seasonality) are important
* There are other statistics which are less actionable but need to be seen in aggregate on a regular basis

So I started sketching and prototyping some initial versions. I built a few different iterations using Invision, and then we presented them to the key user groups (usually NGO/ government leads at their regular coordination meetings) to get feedback and tweak the eventual design.


We launched with Uganda’s Central Public Health Laboratory (CPHL) for its HIV testing programs (Early-Infant Diagnosis and Viral Load). Then we expanded to pulling approved, aggregate data from DHIS2 for malaria and vaccines data.

And check out out team github page for additional tech details on these projects.