Allows users to track interactions with the police and anonymously vet them via a Facebook Messenger bot. Data is then displayed on a public dashboard. 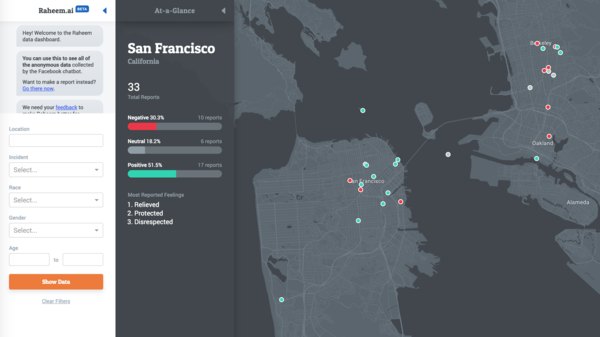 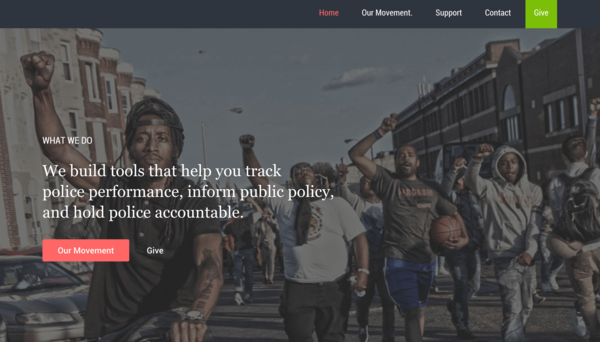 
Michael Brown. Trayvon Martin. In 2015, 1138 others. How do we help stem the tide of police-involved deaths?

The criminal justice system in the United States has been cited as one of the best bang-for-the-buck dollar to impact investments in the US. We can chip away at mass incarceration and, specifically, criminalization by reducing stops, increasing citizen knowledge around stops, and pushing officials to be more respectful and reduce violence.

Our focus at this point is the latter, as we see it as the quickest win in a line of wish list items for the justice system which includes things like improved re-immersion programs, educational offerings for inmates, and reduced restrictions on those with criminal records. 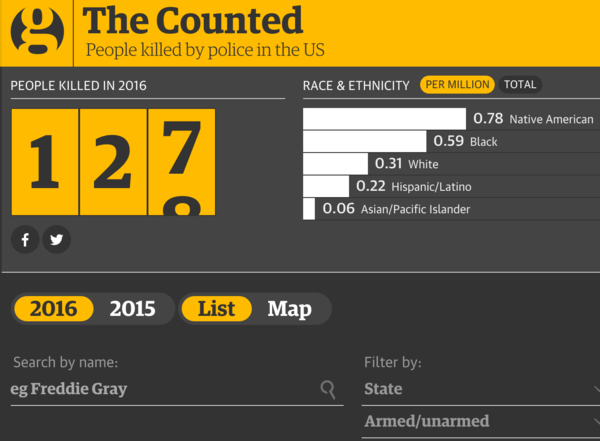 Guardian's tracker of people killed by police in US


Through months of user interviews and research, we molded an idea from "videotaping police encounters" to a simple Facebook bot. Then we set up a Beta tester group to refine the bot's decision trees.

Raheem is currently pursuing partnerships with cities to expand its reach! 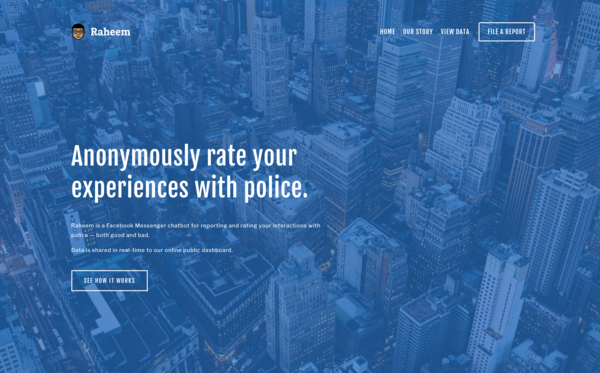